What a lovely day it has been today, sun shining and it was quite warm for a February Sunday. Hubby and I went for a nice walk along Shoreham Beach looking at all the posh houses along there (well you have to don't you!)  Hope you all had a lovely weekend. Spring is coming..

As you know I have been sorting my craft room out (nearly done :-) yeah!!).. but I have been doing some knitting. When I was in America last November I bought some wool that I fell in love with. The wool had a pattern on it for a hooded baby blanket and here it is. As I have no baby on the family at the moment it is being modeled by 'Scruff' one of my bear factory bears.

Anyway it is all put away now waiting for the next baby on the family! 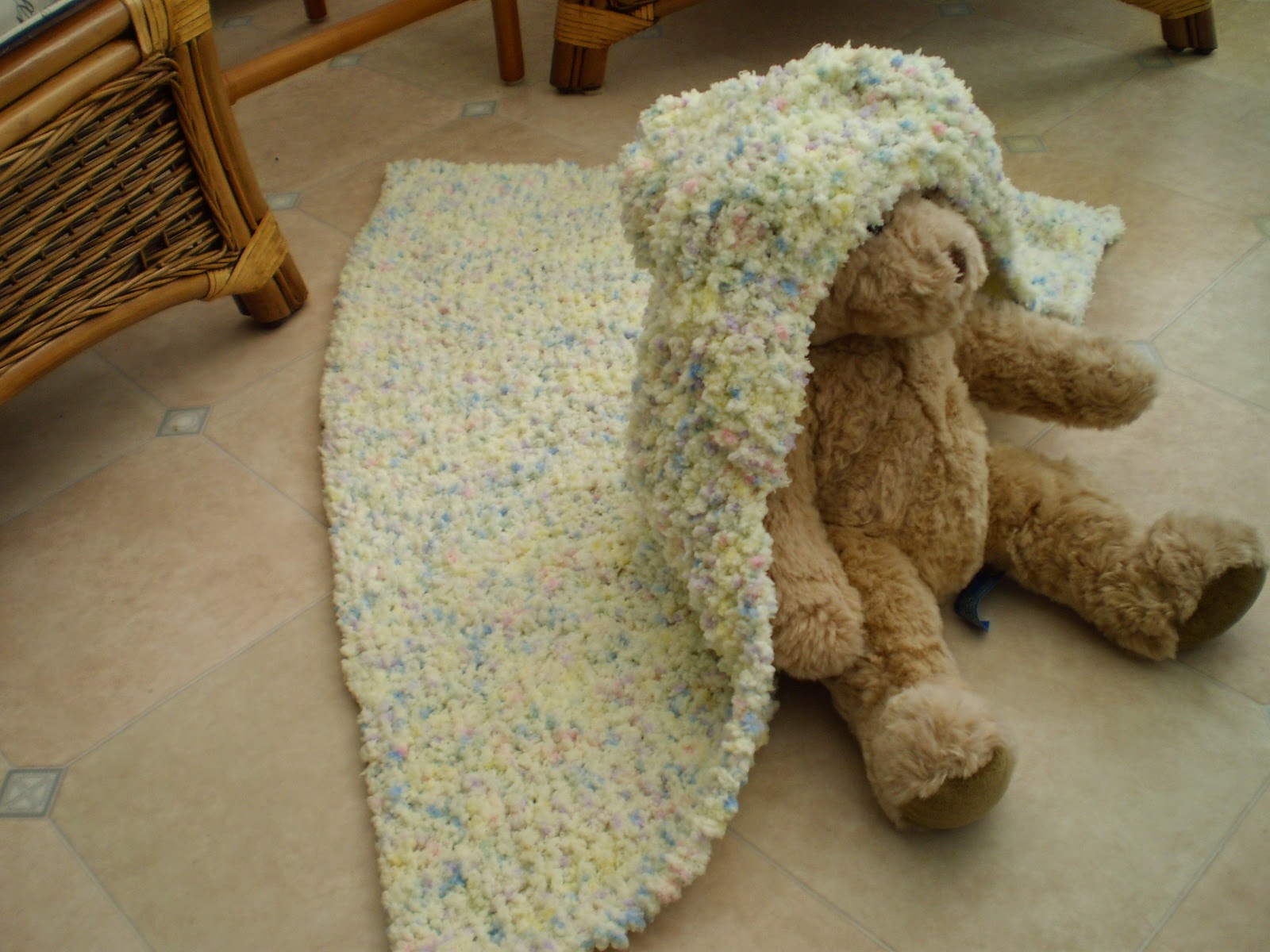 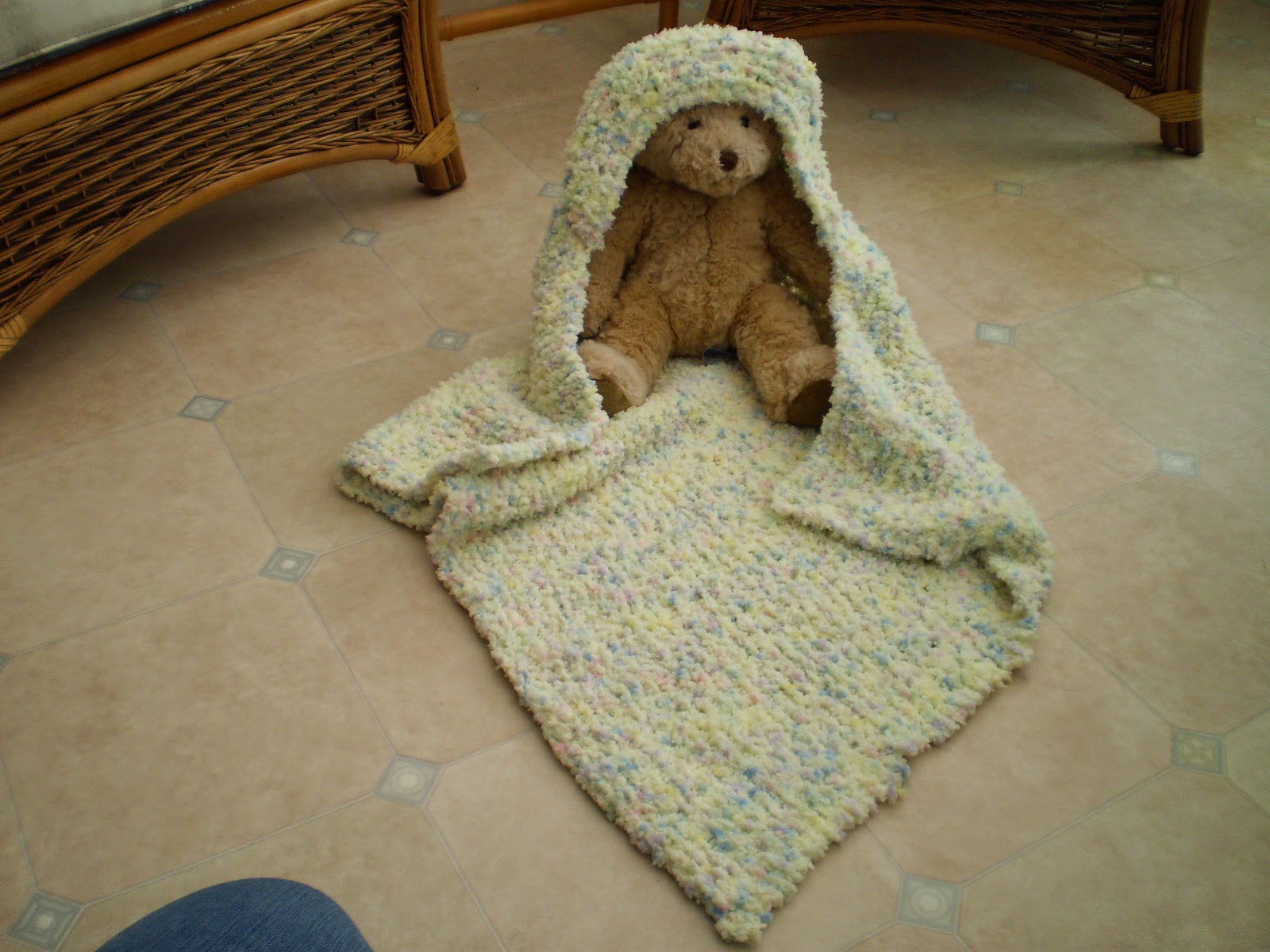 Here is the card I made at workshop last week. A beautiful card made due to being Valentine's day but not too sickly. I think it will make a lovely anniversary card. :-). The backing was done by inking the embossing folder and them putting it through the big shot. The 'Love' is cut using dies from 'Little B' . The hearts were punches and the butterfly is a Stamping Up die. 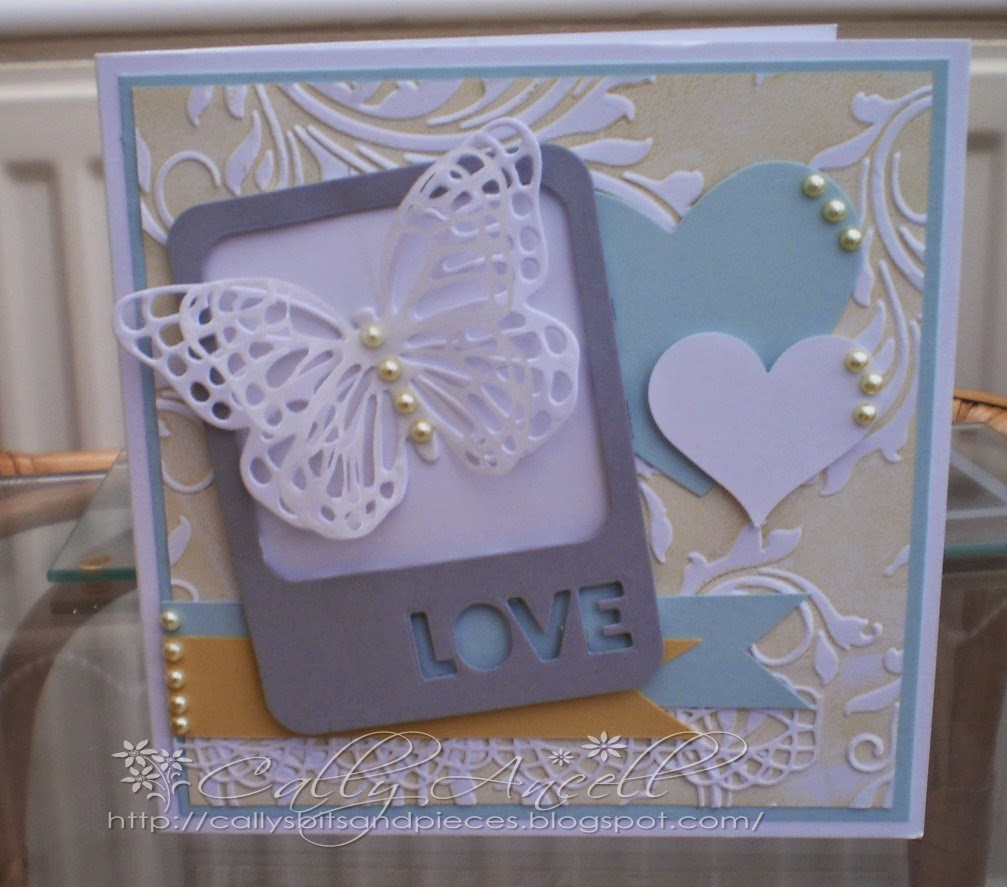 Although I haven't been card making I have been trying to get some pages done for Leon's memory book I am doing for him. Here is his first school photo. I got a big version of this for Christmas and I think it just captures him perfectly. 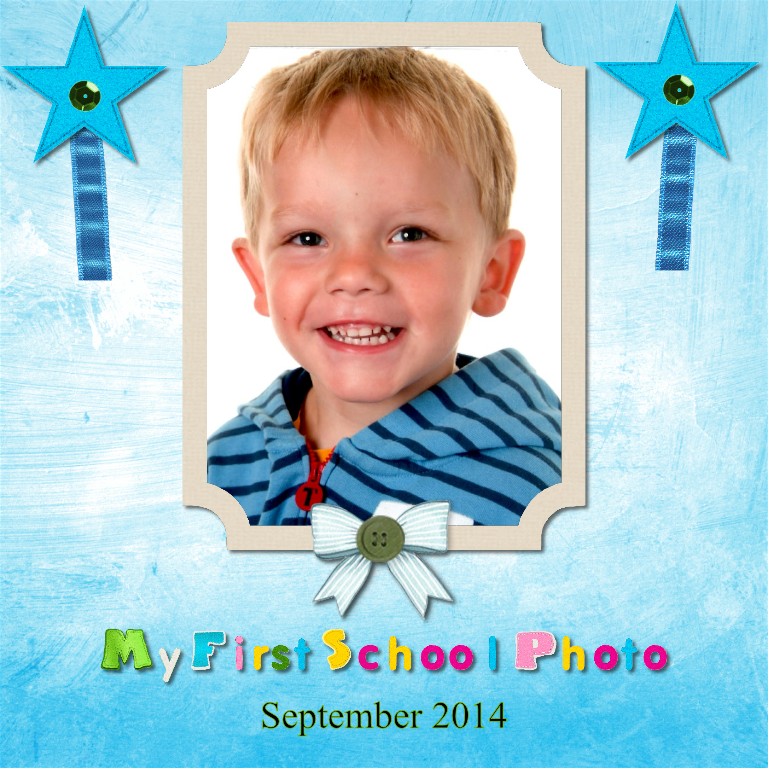 Still no cards made at the moment apart from those from the craft workshop due to the de-cluttering of my craft room. It's getting there, I have to get a move on as I am starting to get withdrawals :-).

I did got to Craft Workshop today and we made a lovely card which I will share with you when I have photographed it.

In the meantime I have been catching up on some scrapbook pages - one day I will print them all out and put in an album..

The first layout was mine & hubby's trip to London to see the Poppies at the Tower. We had a lovely day and the poppies were beautiful. We caught the train to London Bridge and walked to the tower. I got to see The Shard and a walk along the Thames. 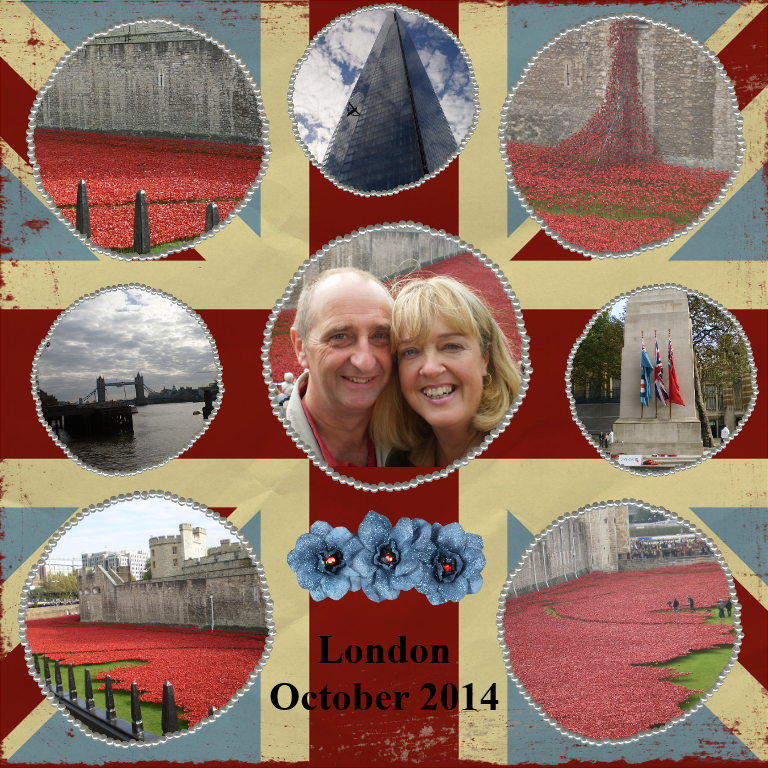 It was quite a productive day too as opposite the Tower is the War Memorial for Merchant Seaman. My grandfather was killed during the 2nd world war when his ship went down. That was all I knew about him and obviously his name - Alexandra Peck. The names on the memorial were laid out in ships and as i didn't know the name of his ship hubby and i decided to look through all the names - over  24000 of them, but we found him! I was so excited as finding him there made him real, up until then he was just a name. When I got home I did some research and found out other information about him. The only sad thing was that my mum wasn't here to see it too. She had always said she wanted to go see the memorial but never made it. 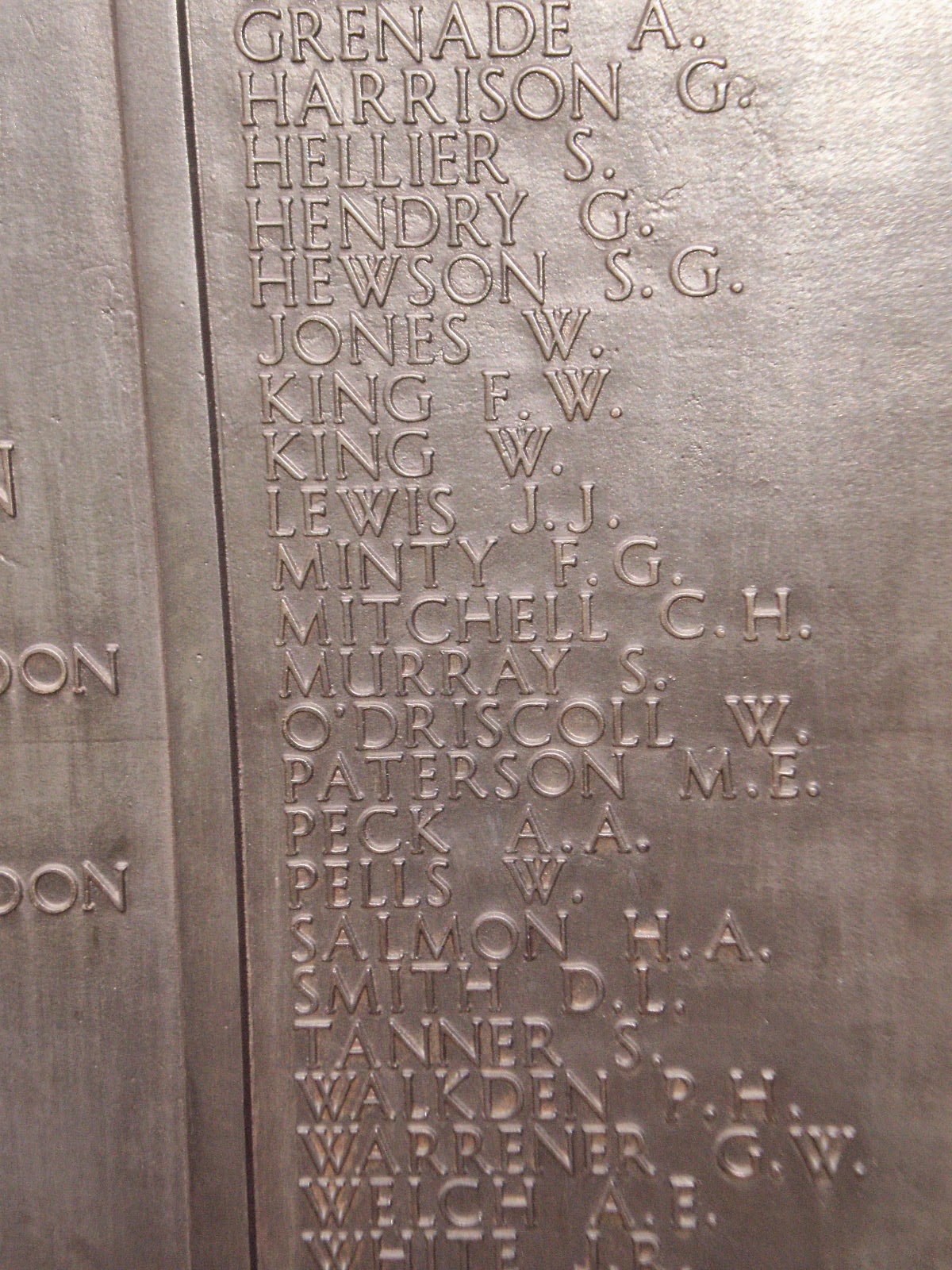 The second layout is of Christmas Day. Layout for Leon's memory book I am doing for him. He was such a good boy that day. Very helpful, even helping us open our pressies when he gave then to us. 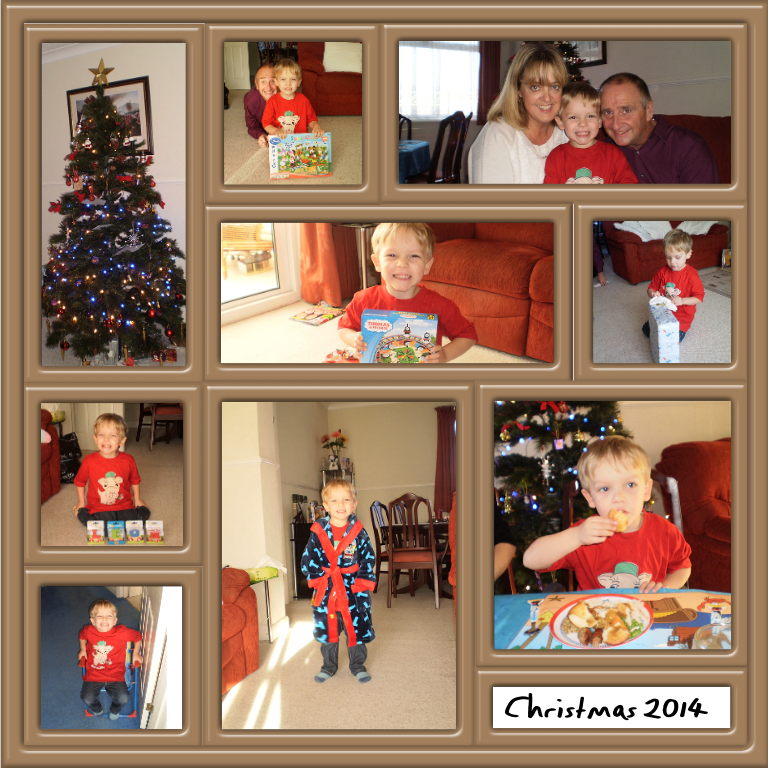 The last layout is of some picture I took last week whilst we were away in the New Forest. We had a lovely few days staying at Sandyballs Holiday Park near Fordingbridge. The weather was kind to us. Cold but no rain. We went for some lovely walks and looking forward to the next trip down there. 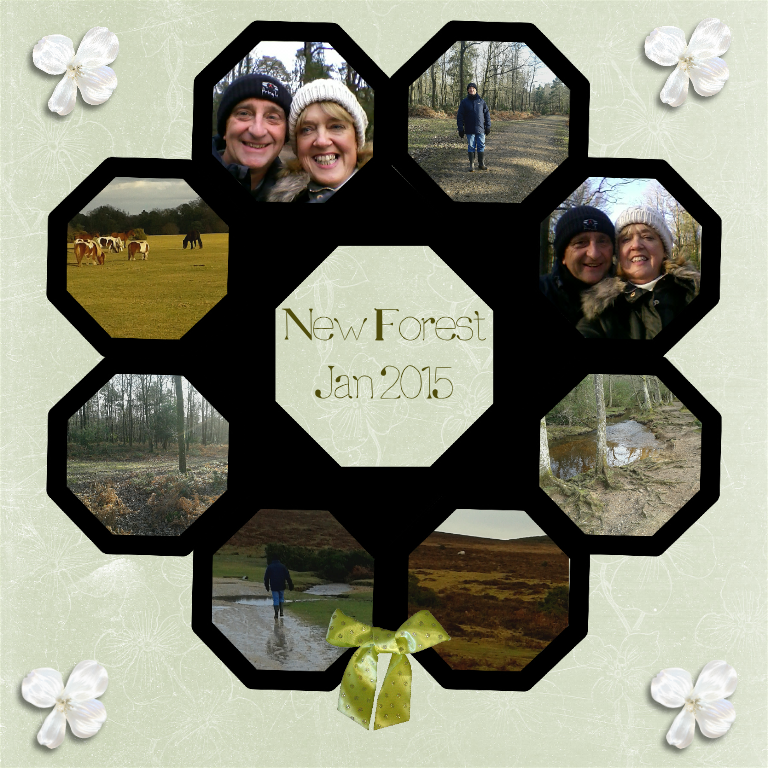 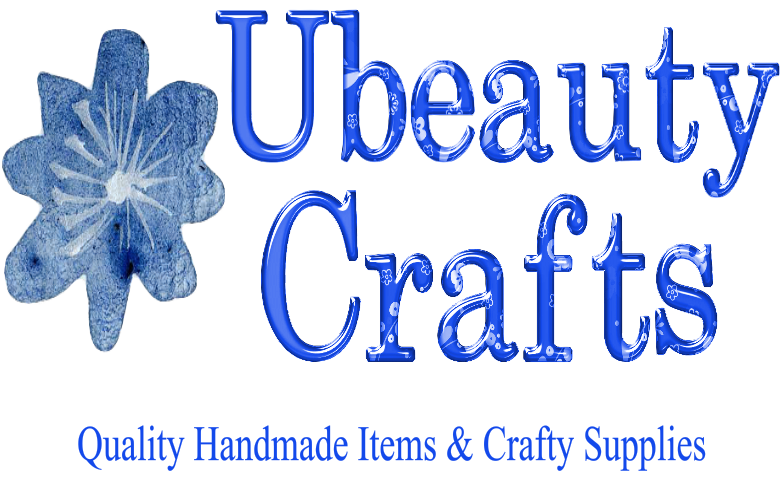 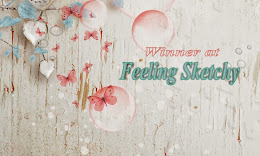